This review of the cocoa market situation reports on the prices of the nearby futures contracts listed on ICE Futures Europe (London) and ICE Futures U.S. (New York) during the month of September 2019. It aims to highlight key insights on expected market developments and the effect of the exchange rates on the US-denominated prices. Chart I shows the development of the nearby futures prices on the London and New York markets at the London closing time. Both prices are expressed in US dollars. Chart II depicts the change in the ICCO daily price index and the US dollar index in September. By comparing these two developments, one can disentangle the impact of the US dollar exchange rate on the development of the US dollar-denominated ICCO daily price index. Finally, Chart III illustrates monthly averages of cocoa butter and powder prices in Europe and the United States during the 2018/19 cocoa season. 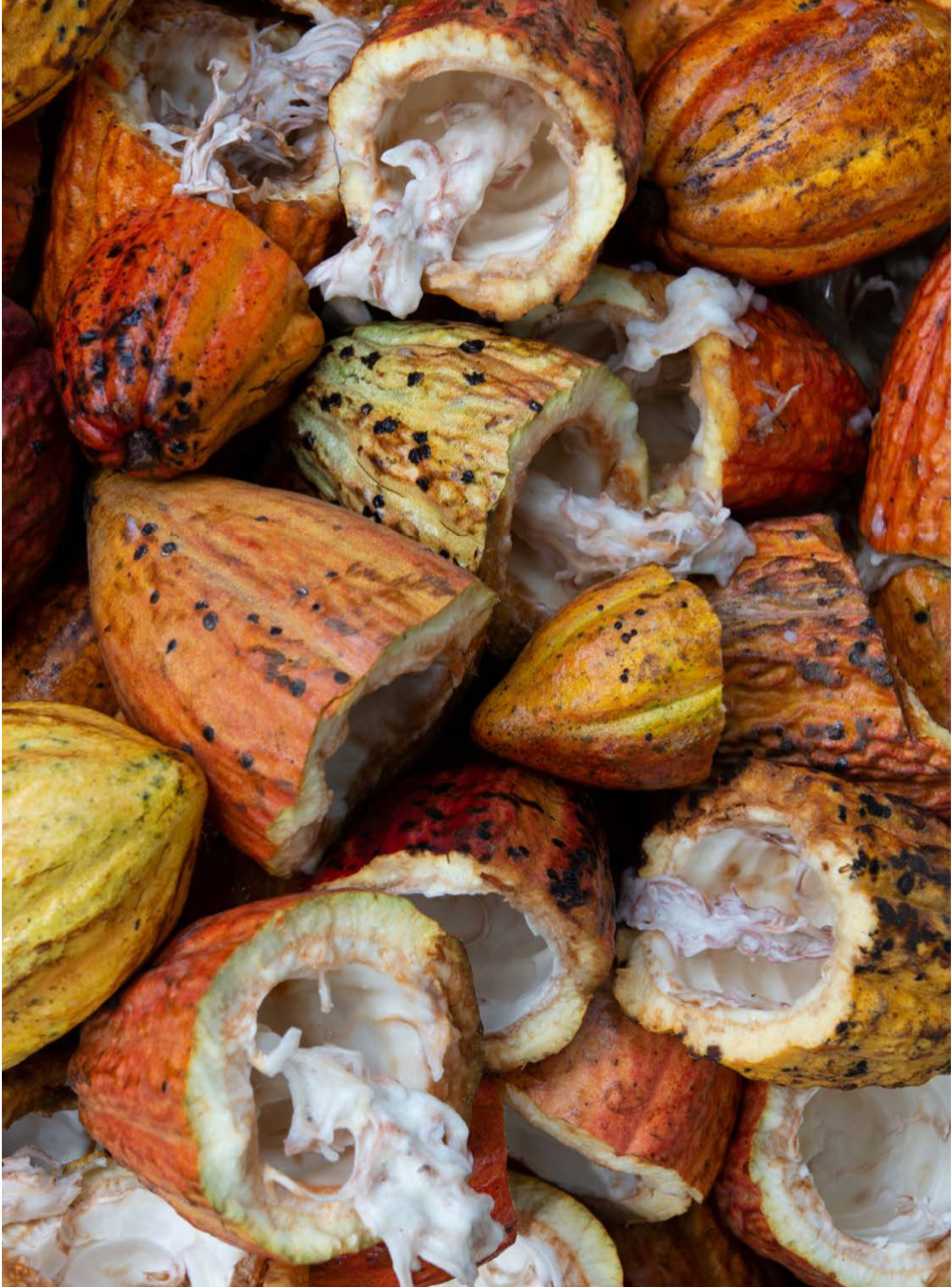 During September, the prices of the nearby contract increased considerably on both the London and New York markets (Chart I). Compared to the first trading session of the month and the closing values observed during the month under review, prices rose by 18% from US$1,993 to US$2,358 per ton in London; and by 14% from US$2,161 to US$2,453 per ton in New York. On closer inspection, the bullish trend started soon after the expiry of the SEP-19 contract, which was pricing the tail end of the 2018/19 season, on 13 September. Indeed, the spreading of Cocoa Swollen Shoot Virus Disease (CSSVD) in Ghana and wetter weather conditions prevailing in Côte d’Ivoire raised concerns over the size of the 2019/20 main crop in the first and second largest world cocoa producers. As a result, cocoa futures contract prices gained strength on both the London and New York markets. As shown in Chart II, the US dollar index stagnated whilst the ICCO daily price index was reinforced by 11% over the reviewed month. Hence, the strengthening of cocoa prices was due to market fundamentals and other factors rather than currency fluctuations. 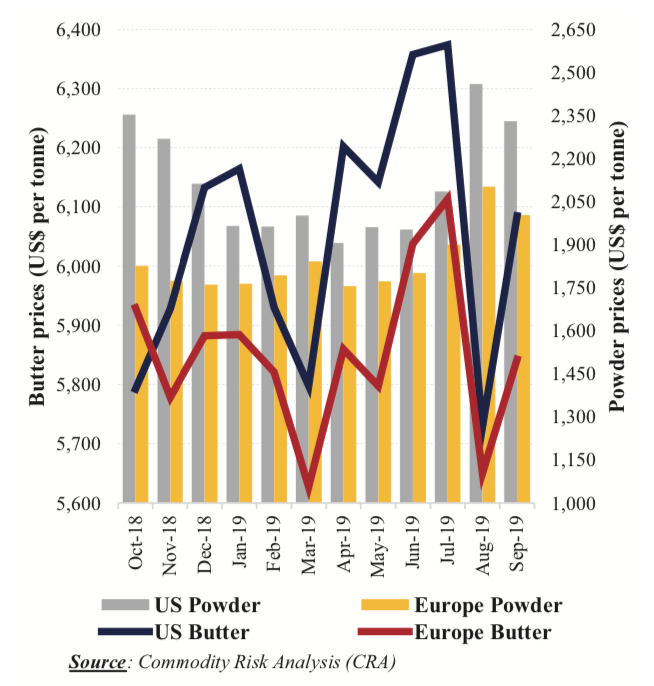 The 2018/19 crop year is over and as at 23 September 2019, cumulative arrivals of cocoa beans in Côte d’Ivoire were reported to have reached 2.164 million tons, up by 10.7% from the 1.954 million tons recorded at the same period last season. During the period 16-22 September 2019, only 4,000 tons of cocoa beans were sent to Ivorian ports, down from 14,000 tons seen a year ago. In addition, the country has exported 1.534 million tons of cocoa beans over the timeframe October 2018–August 2019 against 1.491 million tons during the same period of the 2017/18 cocoa season. According to officials from the Ivorian cocoa sector regulatory body (Le Conseil du Café Cacao), domestic grindings settled at 566,000 tons in the course of the 2018/19 season. As at 3 October 2019, exports of cocoa semi-finished products from Côte d’Ivoire attained 412,577 tons, up by 10% from 374,561 tons recorded a year earlier. At the start of the 2019/20 cocoa season, Côte d’Ivoire and Ghana opened the marketing season by jointly announcing their farmgate prices. In Côte d’Ivoire, the farmgate price of cocoa beans was established at US$1,394 per ton, up by 10% from US$1,267 per ton applied last season. Concurrently, in Ghana, the farmgate price of cocoa beans settled at US$1,528 per ton, 8% higher compared to the level of US$1,409 per ton seen during the 2018/19 season. Moreover, Côte d’Ivoire’s harvest for the 2019/20 cocoa season is envisaged at 2 million tons while in Ghana the crop size is anticipated at 850,000 tons.

COCOA BAROMETER-2020: COCOA PRICES ARE LIKELY TO GO UP

Cocoa is a food-industrial crop that could play a more important role in poverty reduction for small producers in developing countries worldwide. Every year, the cocoa-

chocolate value chain moves billions of dollars, providing important dividends for producing countries and for national and international companies around the world.

Currently, the top ten producers of cocoa in the world are Ivory Coast, Ghana, Cameroon and Nigeria in West Africa; Indonesia in South East Asia; and Ecuador, Brazil, Peru, the Dominican Republic and Colombia in Latin America.

The two main producers are Ivory coast and Ghana. they have a considerably higher level of production than the rest of the countries. These two West African nations account for nearly two thirds of global output (around 65% of the total cocoa bean crops).

Due to the implementation of minimum floor price through a fixed living income differential policies at USD 400 per ton for cocoa beans, this has caused an increase in the raw material price. This is to be noted that, this LID is implemented in addition on top of the typical bean differentials during purchase. 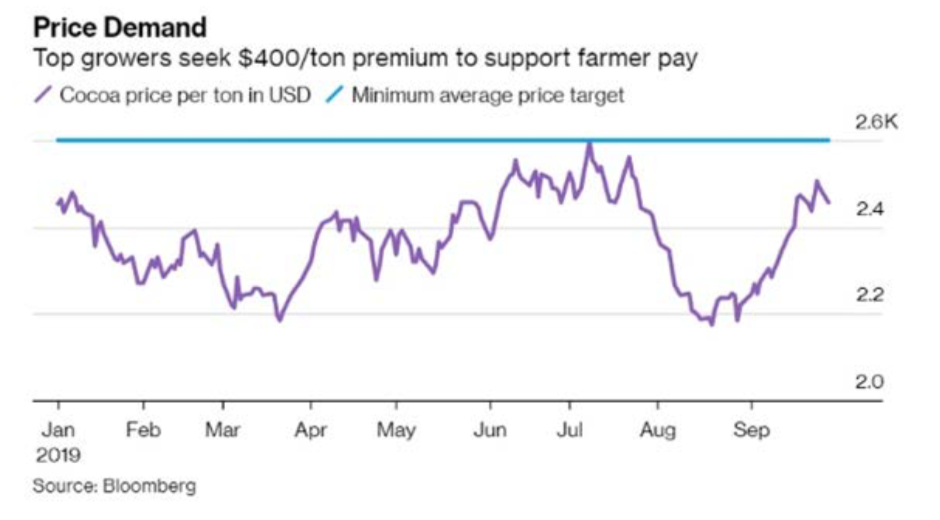