Our plant-based burgers are developed with an innovative and proprietary blend of ingredients which gives them their meat-like bite and juicy texture. These burger patties are high in protein, rich in fiber but low in saturated fat. They are made from pea protein, are GMO free and contain no cholesterol – making them the perfect choice for meat lovers and flexitarians who wish to maintain their health but still enjoy an indulgent burger experience.

Our plant-based burgers have won innovation awards at Gulfood under the label of the Healthy Farm brand owned by Global Food Industries.

Few can resist the crispy texture and juicy flavor of bacon on a burger or with breakfast. Bacon is traditionally created from pork, which is not consumed by Muslims, hence in the Middle East most of the bacon sold is created from beef which is not consumed by Hindus. Muslims and Hindus combined make up over %80 of the GCC population which indicates a large share of the market which can be capitalized upon with a bacon product which is accessible to the entire GCC market.

FSL’s plant-based bacon developed by Van Hees is free of any animal products and respectful to consumers of all religions. It is also a much healthier option than conventional bacon which is very high in saturated fats which clog the arteries. In fact, our Bacon is rich in Omega3- Fatty acids which are actually good for cardiovascular health.

A favorite for children and an easy snack for mothers to prepare at home, chicken nuggets have traditionally been made with reconstituted poultry fragments and have limited nutritional value. Our mouth-watering tandoori chicken tikka nuggets are high in both protein and fiber. Above all, their taste is superior to most nuggets due to their crispy breaded texture and tantalizing tikka flavor which children and adults alike will crave. They are developed with a customized blend of seasonings and matrix by Van Hees.

These traditional Arabian delights have been developed in a plant-based version by our MCS and Flavors team with the objective of adapting a global trend to the culinary preferences and taste profile of our region. These products are the first of their kind in the region and were recently subjected to their first internal trials within FSL and being taken into further development by our innovation team. 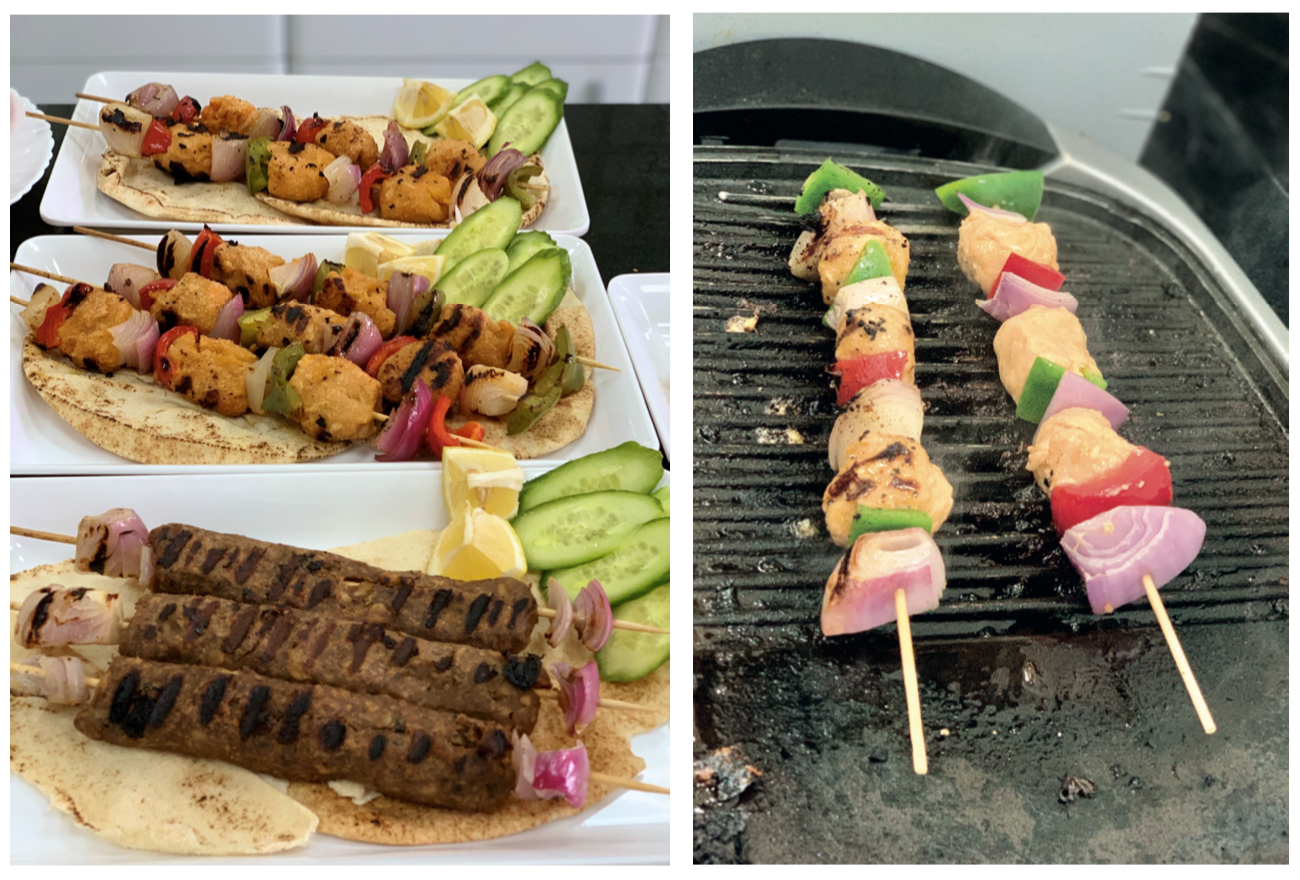