Estimated quantities of fresh oranges from the 2021/22 season in the Brazilian citrus belt (São Paulo and the Triângulo Mineiro) have been revised down due to weather issues in Brazil. Data released by Fundecitrus (Citrus Defense Fund) in September estimated the harvest to be 8.9% lower than that forecast in the first report released in May which was at 267.87 million boxes. In light of this, the output may be similar to that in the previous season (268.63 million boxes). Although the 2021/22 season is a positive biennial cycle, oranges have been smaller, which explains lower production. Although the estimates from May considered rainfall below the average, weather issues have increased since then, with frosts and severe drought. Between May and August, rainfall accounted for 30% of the usual for the period, according to data from Somar/Climatempo Meteorologia (weather forecast agency).

The lack of rains has been damaging majorly the plants in dryland, however, agents from Fundecitrus highlight that even irrigated orchards (which account for 30% of the trees in the citrus belt) have been debilitated by the drought, due to the limited availability of water at reservoirs. It is important to mention that the scenario has worsened since the frosts in late July. Besides the smaller size of the oranges, the rate of premature fall of fruits is one of the highest. As the weather is forecast to continue unfavorable until the end of the season, the scenario is not expected to change, raising expectations for low production in 2021/22. Also, the chance of La Niña phenomena to occur until late 2021 is high, which may result in lower rainfall in southeastern Brazil in the second semester. This scenario would limit the growth of late varieties.

Due to above reasons, in this season it is very challenging to produce orange juice concentrates with high ratio. 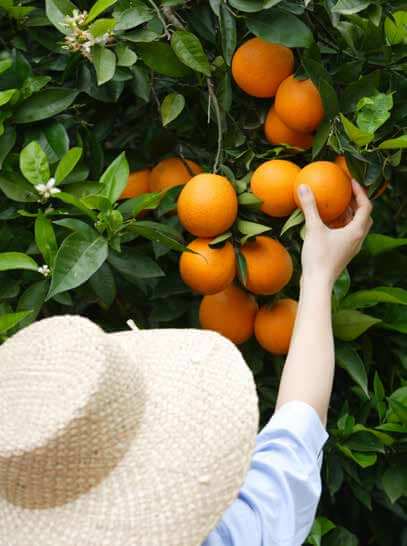