The harvest in Mancha, the main producing area in Spain could cover 55% of national production for this 2020/2021 campaign. The harvest began with the earliest varieties in mid-August, followed by the Tempranillo variety at the end of the same month and are now awaiting the bulk of the harvest for October with the start of the Airen white variety.

The quality of the fruit has been excellent due to the absence of diseases throughout the year accompanied by adequate ripening. Production forecasts at the national level have been revised downward from initial unofficial figures of more than 50 million MT to 43-44 million MT. This has been advanced by Cooperatives such as the Spanish Agro-alimentary at the end of July with the latest official estimate published by the regional government of Castilla la Mancha of 42 million MT on August 30th even though some specialized media reduce the estimate to 40 million MT. (The national average over the last 15 years
has been around 42 million MT.)

According to regional administration sources, Castilla La Mancha would correspond to 23 million MT instead of the 25.5 MT predicted by Cooperatives Agro-alimentary in Castilla la Mancha at the beginning of August. These decreases in the initial production estimates are mainly due to the drought and high temperatures suffered during the summer.

The first grape purchase prices released by Félix Solix and Grupo Vinartis are 30% lower than last season. These price levels have provoked the anger of agrarian organizations and private farmers who have called for protests and strikes in different points of Mancha as these prices do not even come close to covering their production costs. These protest actions have already started affecting the upward correction of the initial prices of some red varieties destined since the date of purchase.

In the absence of official data from the MAPA (Ministry of Agriculture, Fisheries and Food), initial stocks for July (the last month of the 19/20 season) are expected to be around 35 million MT which is inclusive of 2 million MT of stocks from last season and a drop in 5% from last season.

Italy and Portugal are expecting a fall in production levels by 1%-5.7% over last year respectively, while France and Germany expect increases of around 3.5%. European exports have suffered a

clear decline as a result of the pandemic due to the Trump administration’s tariffs on packaged wine and the new Russian Viticulture Law.*

As a result of this unusual and highly uncertain scenario, we consider it a year to be cautious and recommend that manufacturers stock up according to their needs. We request our customers to inform us if they receive any suspiciously low offers so that we may verify the supply source and its quality.

There is good news for the 2021 crop from Argentina with new grape plantations beginning in November that are expected to offer a better crop than 2020. Further information about the Argentinian Grape crop can be expected by Mid-December 2020. 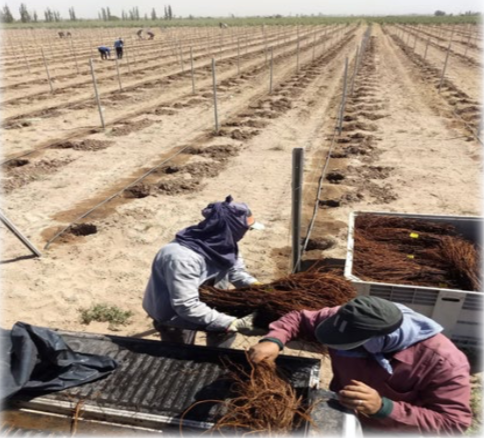 • The European apple season has almost come to an end with production volumes reduced over last year which is contrary to earlier expectations announced prior to the crop harvest.

• The crop in Hungary (the second largest apple producer in Europe) has been a disaster resulting in significantly less volumes of apple concentrate from Europe.

• With the Euro remaining strong against the USD than previous contracts (Nov 2019 and Jan 2020) this is creating a higher USD price level.

• Starting with early Gala apple varieties, the prices this season have been constantly rising – especially in later on in the purchasing season.

• Although Chinese exports are poor this year, e-commerce channels have broadened sales opportunities and driven prices upwards. Higher prices seen this year are mainly a result of the significantly lower production in the northwest producing areas which has led buyers to competing for supplies and place orders whenever supply is available.

• The high prices in Northwest China also put upwards pressure on the apple market across China. On the other hand, the quality of this year’s crop is not as good as last year – the size of apples are small and there are many cases of spots caused by hail and oxidation (apple rust) leading to a scarcity of high-quality supply.

• In addition, sales during the National Day and Mid-Autumn Festival holidays were good. Some futures dealers went directly to the place of origin to purchase goods which also boosted purchasing prices.

• It is estimated that China has now passed the ceiling prices for this year and prices may fall in the coming months. 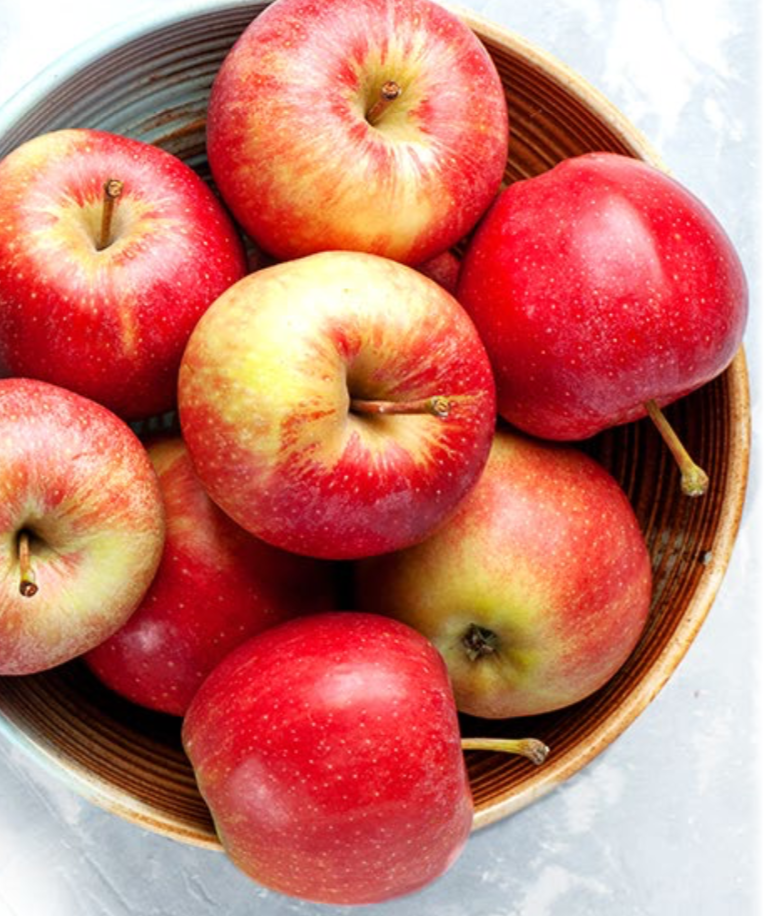 • Thailand’s 2020 Winter Crop for Pineapple is expected to be short on supply with pricing levels that remain high with a high nitrate issue still persisting. • The supply estimate for the summer Crop of 2021 is expected to be low due to dry weather which has made the manufacturers restrict new planting

• Estimated 2020 volume has been revised from 650K MT to 580K MT due to a long dry season in Indonesia which was prolonged till mid-January 2020. 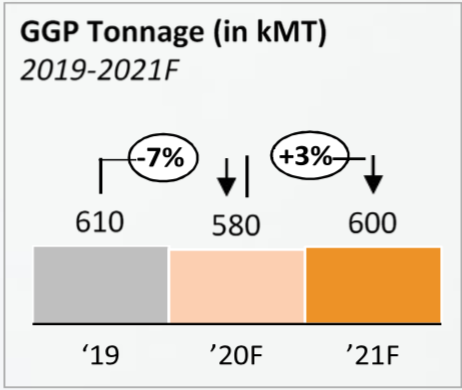 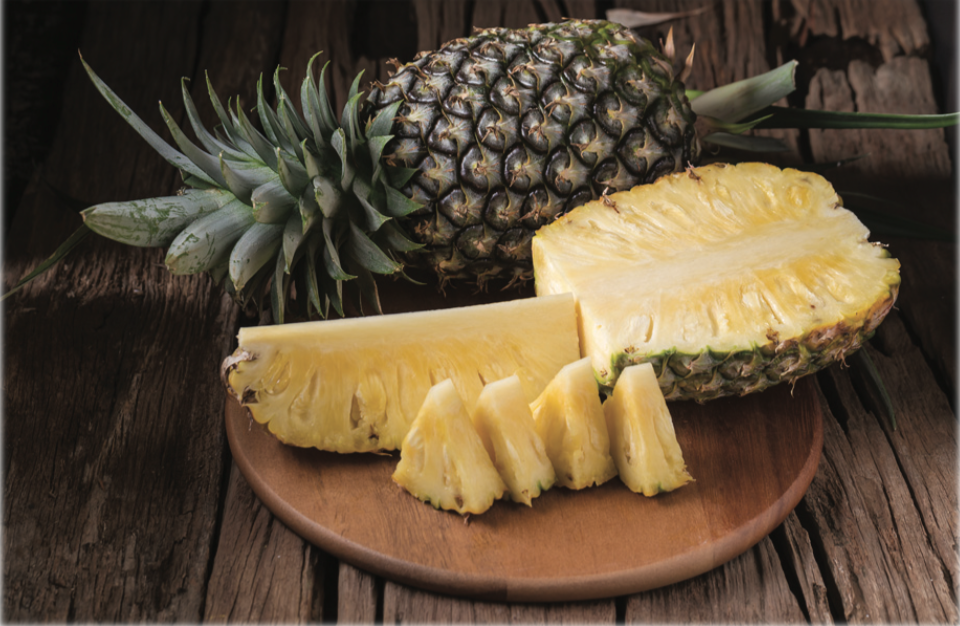 Philippines is expected to produce the usual level of pineapple production which will be around 1.1 million MT with no volume growth. More conversion to fresh fruit businesses is also imminent.

THAILAND’S PINEAPPLE INDUSTRY IS IN A CONSOLIDATION STAGE:

The 2020-2021 tomato crop has now been completed in most of the factories and an unusual situation has evolved which was unexpected in terms of total volumes. Conesa has processed around 15% less fruit than expected due to the fact that they were not able to reach the processing budget by most of the manufacturers because agricultural yields have been much lower than expected due to various reasons. The main reason is due to the highest level of rainfalls during the spring in the past decade. This resulted in a delay of the transplanting campaign by about 22 days and as a result the plants were waiting in the greenhouse for a much longer time before being carried to the field which has affected the quality. In many cases a high degree of plant mortality occurred when the plants were transplanted to the fields because of the high temperatures in early June.

The second reason for the low yield is because throughout the month of July and the first 10 days of August, Spain experienced very high temperatures between 38-42 degrees centigrade which has placed stress on the plants. Due to these high temperatures, the plantations required a high amount of irrigation to avoid dehydration of the plants and in the soils where water filtration was poor, an excess amount of moisture has weakened the roots and caused diseases.

Due to the above reasons the production of tomato paste and low brix products like Passata, Pizza Sauce and crushed tomatoes is down by around 15%. In the case of tomato dices the production drop is around 10% from the initial budget. This is a common scenario for most of the manufacturers from Europe. 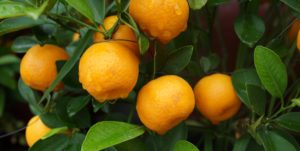 The Brazilian Citrus Belt is mainly located in the Sao Paulo and Minas Gerais states, split in 3 regions –North, Center and South. Citrosuco is present with 25 farms in all these regions. 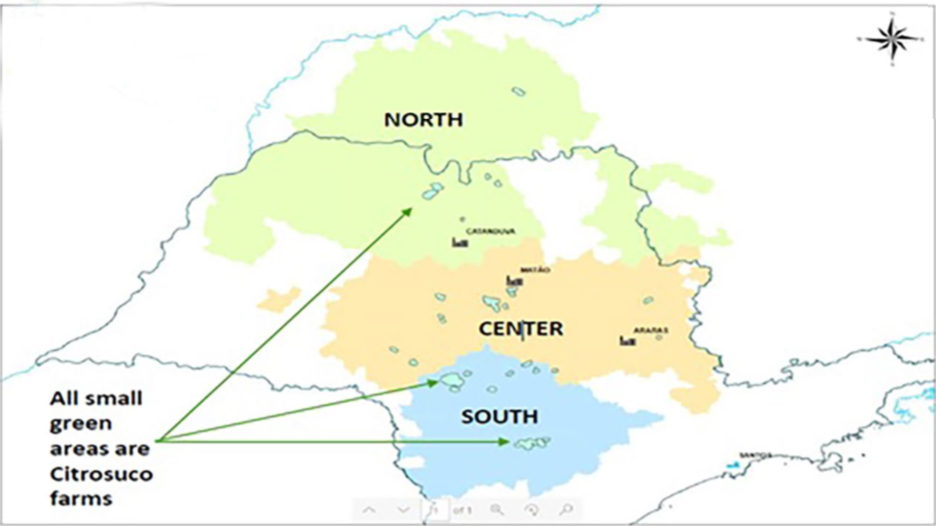 In September, temperatures were above 34°C degrees in many parts of the region and the accumulated rainfall volume from July-September 2020 were on average 60% less. This rise in temperatures and drop in rainfall will significantly impact the fruit droppage rate and affect the output of the next crop.

Fundecitrus and its cooperators announced an update to Brazil’s 2020-2021 orange crop forecast on October 10th, 2020. The new figure for the São Paulo and West-Southwest Minas Gerais citrus belt is 286.72 million boxes. This is 0.36% less oranges than the initial forecast released in May and 25.87% less oranges than the 2019-2020 crop.

The production of citrus fruits in the European Union is expected to fall 11% during the 2019/2020 harvest. This estimate is from a report released by the USDA which points to a total volume of 254 million boxes of 40.8 kg equivalent of citrus harvested in that region.