With the rising concerns about the potential sugar tax which is already imminent in KSA, the food industry is now looking for possible solutions to reduce sugar content in the final product.

Our partner Aromatech France has already developed a possible solution to this challenge. Watch out for our next issue for deeper insights into this important topic. 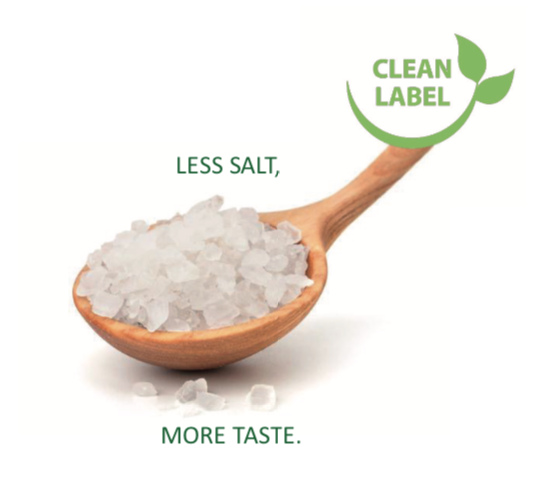 Non-communicable diseases (NCD) such as cardio-vascular disease are one of the leading causes of morbidity and mortality globally as reported by the World Health Organization. Since high blood pressure is the common risk factor, salt reduction has been identified as the priority intervention to reduce NCDs.

The global status report on NCD of the World Health Organization in 2010 urged its member states to take an immediate action in reducing salt intake. In the first quarter of 2019, Saudi Food and Drug Authority (SFDA) has also taken an appropriate action to control the level of salt in bread (SFDA.FD 2362/2018) as it is one of the most consumed foods in the world on a daily basis as stated by Al Sultan, the Executive Director and Awareness of SFDA.

With this regulation, food industries are now looking for a solution in reducing the salt content without compromising the flavor of their existing products.

The Research and Development team of our partner, Aromatech France has already developed a new flavor, Sensalt ®, that could give the salty taste even with salt reduction of at least 25% in the final application (finished product).

Sensalt ® is a natural flavor that does not contain any additive such as potassium chloride and is developed to enhace salt in foods.

The development of Sensalt ® required the R&D Team of Aromatech France to study and evaluate salt profile and flavoring sequence. From there, they reconstituted the components with natural raw materials. All sensations delivered by salt such as its impact, mouth feel and enhancing power were considered during the development.

Series of trials and evaluation were conducted to confirm the percentage of salt reduction without compromising the salty taste.

The recommended dosage of Sensalt ® is minimum 0.30% to substitute at least 25% of salt in finished product. It is perfectly stable and heat resistant.

The results of the trials and evaluation are shown on the next page. 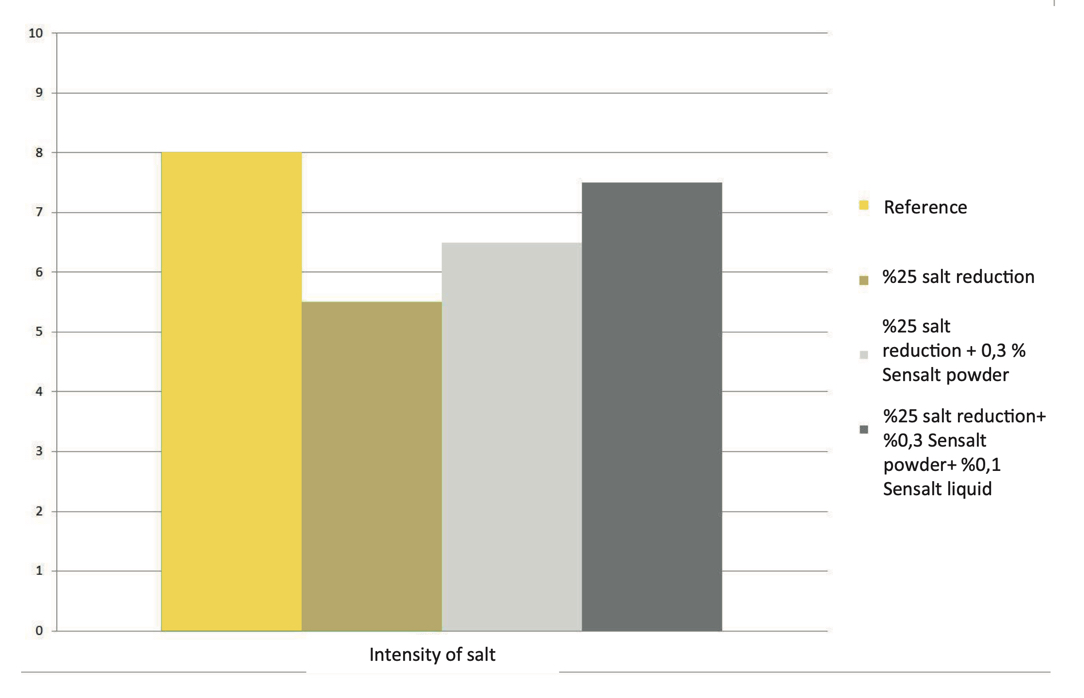 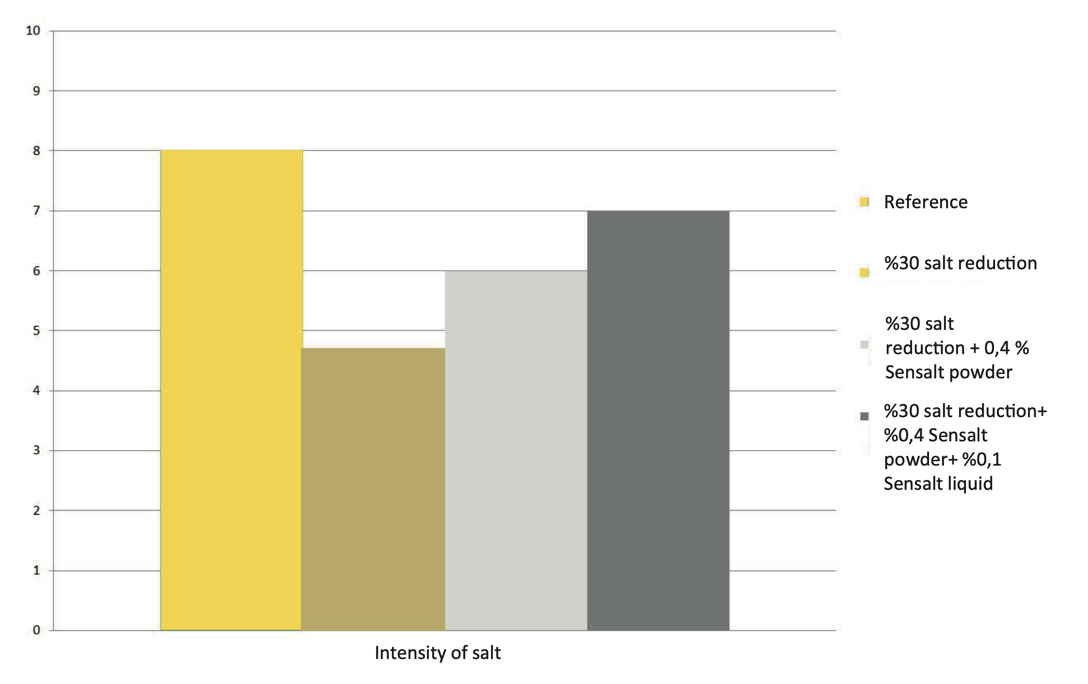 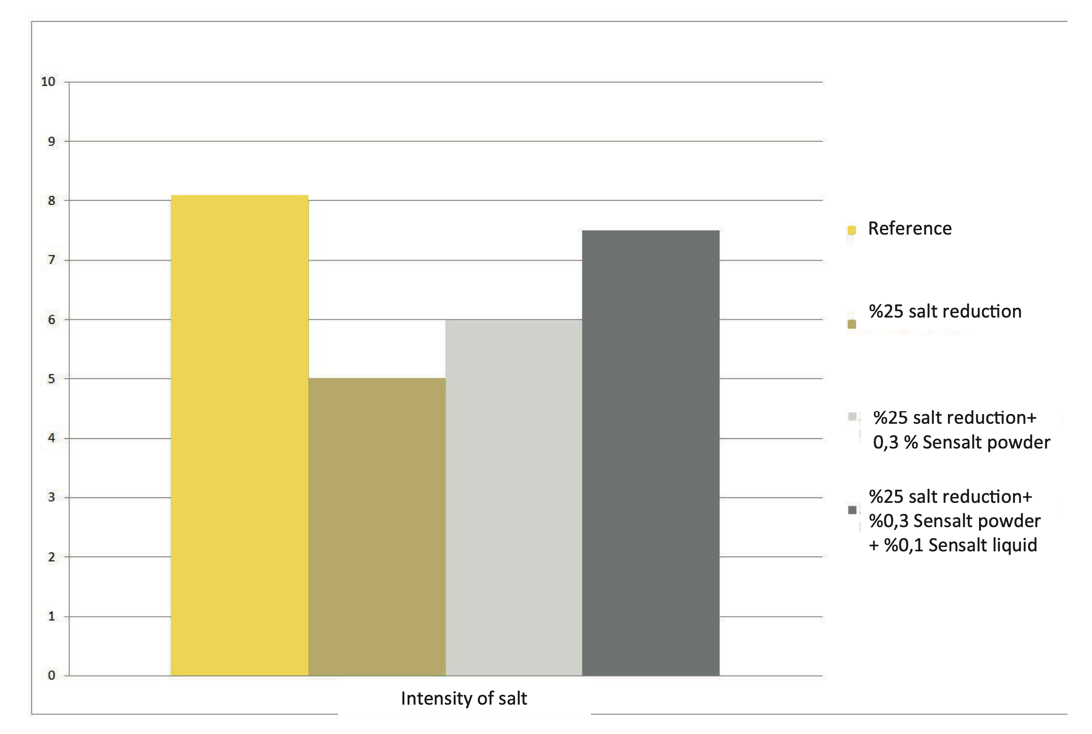