In our previous newsletter we briefly introduced Kombucha beverages and our plan to develop a range for this fast-growing new beverage concept.

To offer a recap:

This ancient beverage originated in Manchuria 2000 years ago and was prized for its healing properties, often being referred to as “the remedy for immortality.”

Its name is derived from the story of Dr. Kombu, a Korean physician who brought the fermented tea to Japan to cure Emperor Inkyo of an illness he was suffering from. The story of its healing success spread far to India, Russia and Europe where it was consumed for centuries.

The demand for this ancient health drink has now been reinvigorated again as the health trend spreads across the globe.

Kombucha beverages are now widely available across North America, Europe and the APAC region where they are replacing the retail shelf space once occupied by sugar-added juices. Kombucha is available in a myriad of creative and exotic flavors and some retail stores have entire sections dedicated just to Kombucha beverages.

Kombucha can be made with and without sugar – making this a healthy and sugar reduced or sugar-free drink – a revolutionary new healthy beverage concept. 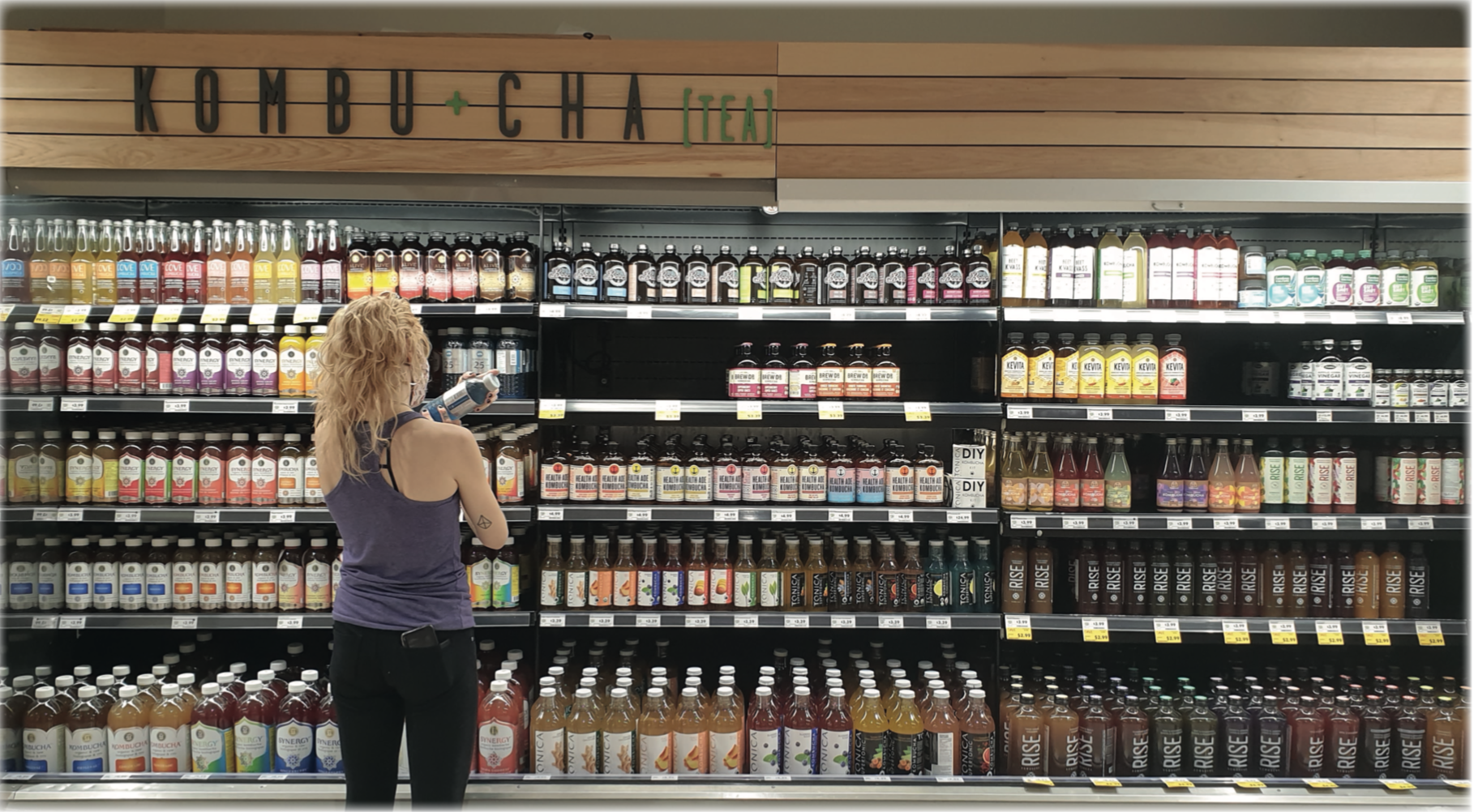 Kombucha is promoted to:

✔︎ Strengthen the immune system and fight disease with its antioxidant and anti-inflammatory properties.

✔︎ Reduce Cholesterol due to the phytosterols and antioxidants present.

✔︎ Aid Digestion with its live probiotics.
Improve mood (due to the positive effect it has on the gut).

✔︎ Some proponents also claim that Kombucha helps liver function, rheumatism, gout, nervousness and helps fight cancer (although these claims have not been medically proven yet).

The process of preparing kombucha varies but most often involves a double fermentation process where in Scoby (a symbiotic culture of bacteria and yeast) are mixed into the tea mixture and left to ferment at room temperature for 1-3 weeks and then bottled for 1-2 weeks to contain released CO2 and promote carbonation. It is then refrigerated to slow down the carbonation and fermentation process. Lack of awareness around this second fermentation cycle led to misregulation of alcohol content in the past but this has been addressed to remove any alcohol from the product.