The 2020 / 21 marketing year is already off to a better start than just seven months earlier.

While many factors help determine market prices, export demand for corn has been one of the most significant drivers behind recent price rallies. Our corn outlook will provide an in depth look at exports as well as other factors influencing corn prices

U.S. corn exports are projected to be 2,600 million bushels in 2020 / 21, which would be a record if realized. The 50-million-bushel increase in exports from the previous month reduces projected ending stocks to 1,502 million bushels. The projected season-average farm price for corn is increased to $ 4.30 per bushel. Global trade of feed grains for 2020 / 21 is raised 3.6 million tons from the previous month. Chinese coarse grain imports are raised 6.7 million tons, as high domestic prices and strong demand from the domestic-livestock sector are resulting in higher imports and additional purchases. Higher imports from China are partially offset by lower imports in the European Union, Japan, South Korea, and Saudi Arabia—based primarily on higher prices and increased competition in the global market. High global prices and strong foreign demand result in raised coarse grain exports for the United States, India, Argentina, Brazil, and South Africa.

Continued production reductions are just the windfall the corn market needed as far as profitability estimates are concerned, especially combined with higher than expected old crop usage. December 2020 corn futures traded at the Chicago Board of Trade (CBOT) have rallied $ 1.125 / bushel since the derecho winds swept through Iowa in early August, flirting with 15-month highs as of October 23. 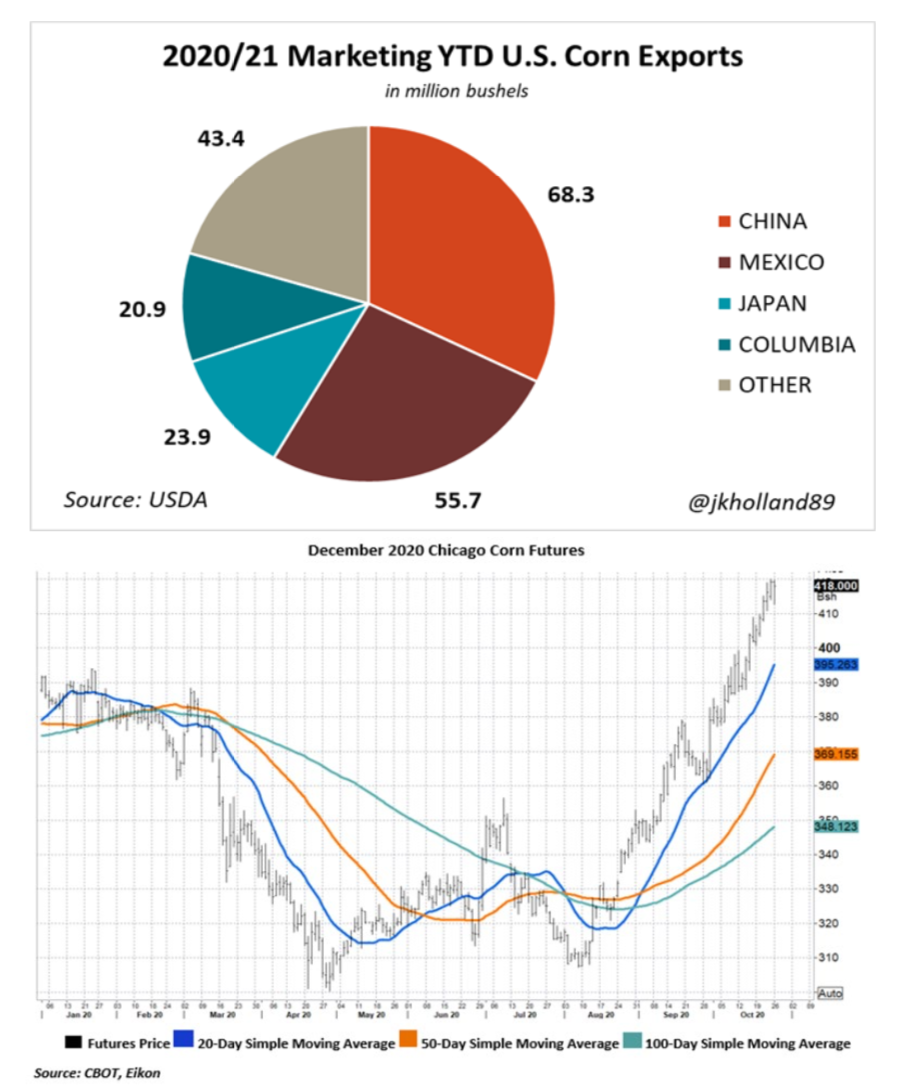 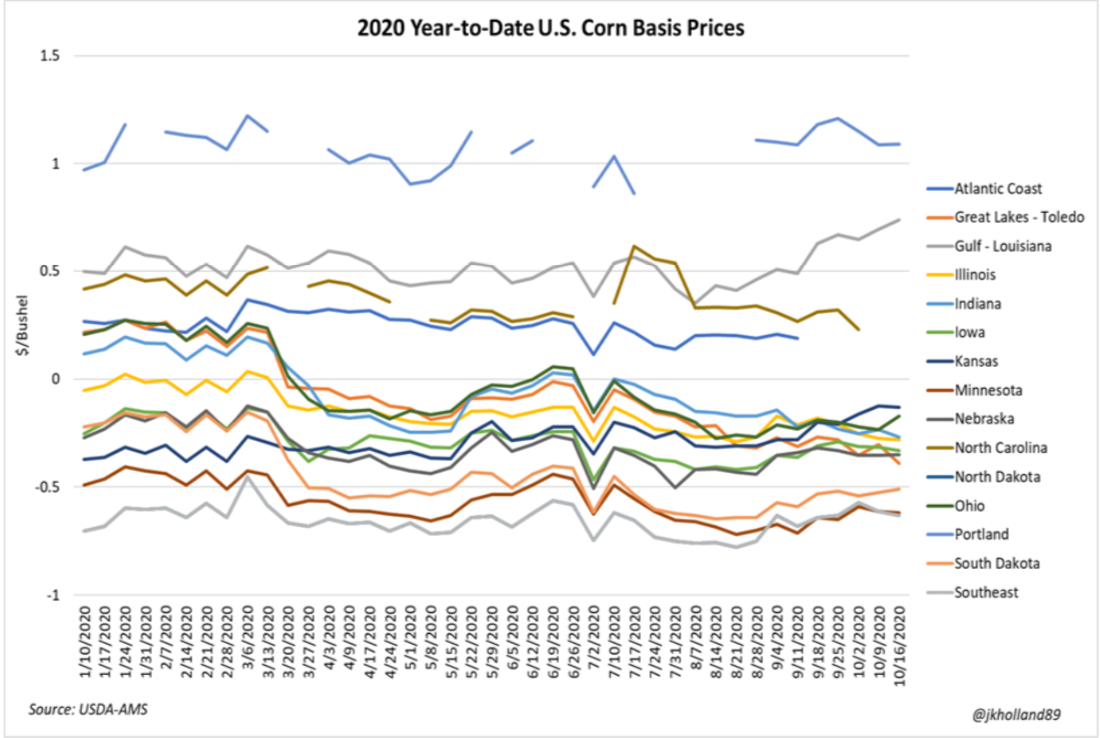 A continuation of strong prices will depend largely on steady export demand from China and any potential downward yield projections USDA-NASS forecasts in WASDE reports in the coming months.

The upward price momentum was a long-awaited reward to farmers who held on to old crop stocks outside of the marketing window over the past several growing seasons.

Markets are suggesting that action be taken soon. There is little carry in the nearby futures market, an indication that corn may be more valuable now than if it is sold next summer. Furthermore, with a quarter cent difference in July 2021 corn contracts and December futures there is little price incentive currently for farmers to store corn.

These spreads are, of course, subject to change with market conditions. But marketing is a timing game. And the current corn spreads clearly incentivize farmers to book sales sooner rather than later. Strong basis at export terminals in the Pacific Northwest, U.S. Gulf, and Atlantic coast has forced end users to raise cash offerings during peak harvest season.

Basis has strengthened across the Corn Belt during harvest season as a result, offering a bonus incentive to farmers looking to capitalize on storage hedges.

Avoid being lulled into a false sense of security that higher prices during harvest are here to stay. As good as they are, they won’t last forever. Making profitable sales now based on known break evens will help to spread overall price risk across the growing season. Even if USDA further lowers 2020 yields and acreage, booking smaller sales in the final days of harvest – at a profit – will ensure a healthy balance sheet if those adjustments do not happen.