With the March-2021 (MAR-21) and the May-2021 (MAY-21) futures contracts still active in February, the focus for this review remains on these two contracts as listed on ICE Futures Europe (London) and ICE Futures U.S. (New York). 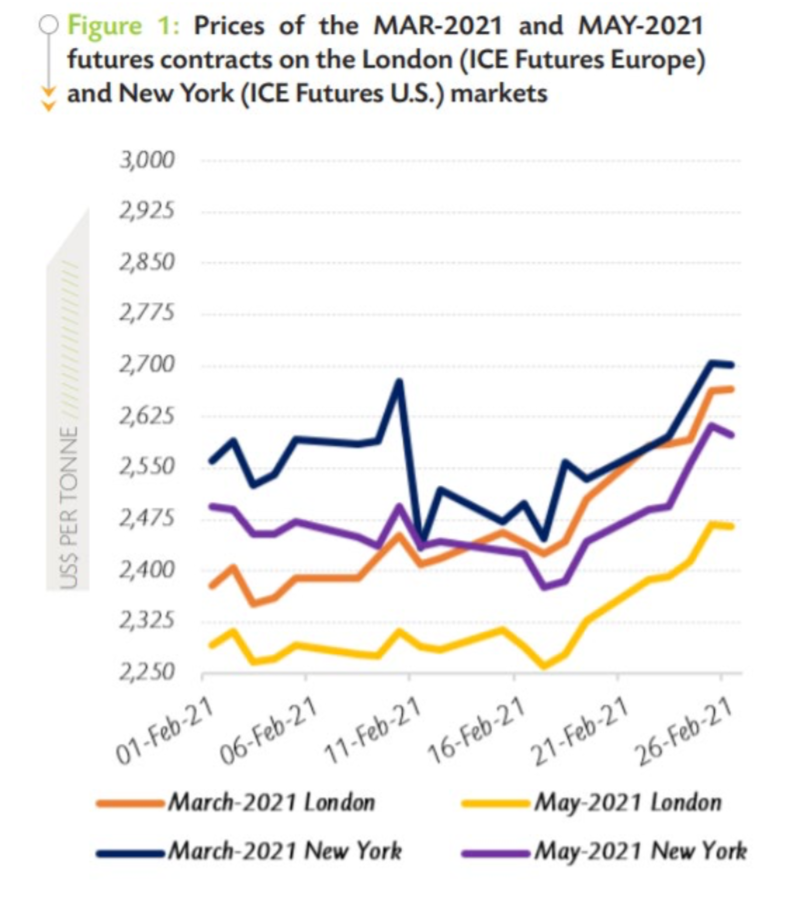 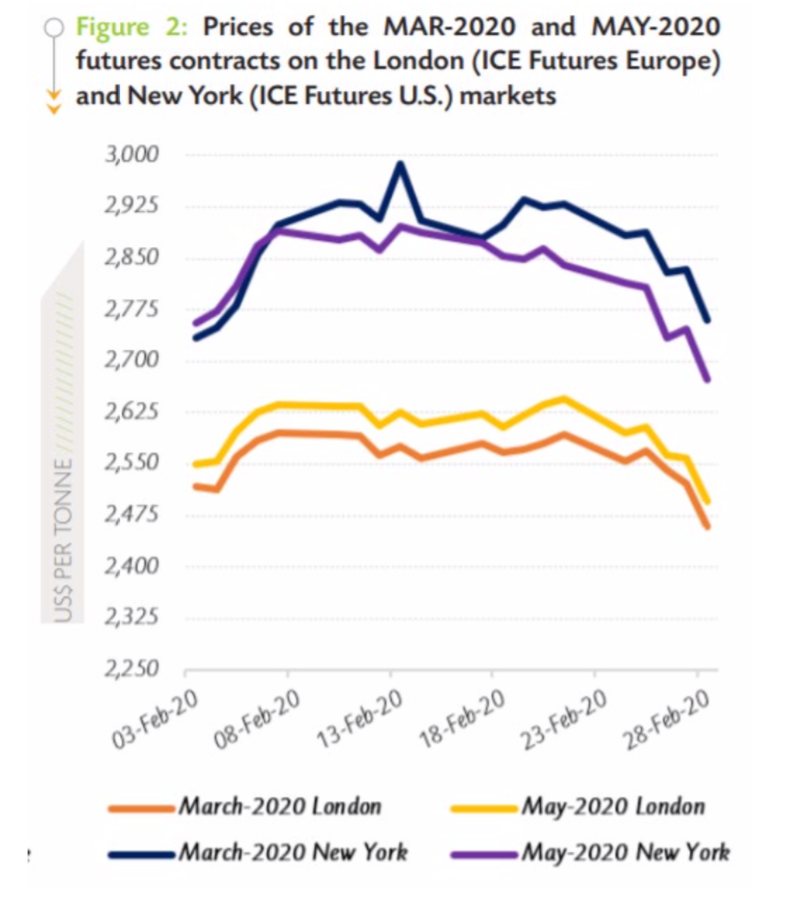 Following the trend set in the preceding month, both the London and New York markets continued to be in backwardation during February 2021. As depicted in Figure 1, the front-month contract (MAR-21) continued to price above MAY-21 on both sides of the Atlantic. The London and New York markets recorded an average premium of US$ 144 per tonne and US$ 96 per tonne respectively. It is noteworthy that, a year ago, the two nearest cocoa futures contracts were in contango in London whereas a combination of contango and backwardation was observed in New York (Figure 2).

During the period under review, the nearby contract prices in London averaged US$ 2,467 per tonne, down by 4% compared with the average price ofUS$ 2,560 per tonne for the first position contract recorded during the corresponding period a year ago. In New York, the nearby cocoa contract averaged US$ 2,568 per tonne in February 2021; representing a 11% plunge compared to US$ 2,872 per tonne recorded over the same period of the previous crop year.

The global supply excess in addition to a low demand for cocoa products amidst the COVID-19 pandemic maintained cocoa prices at levels lower than observed last season. 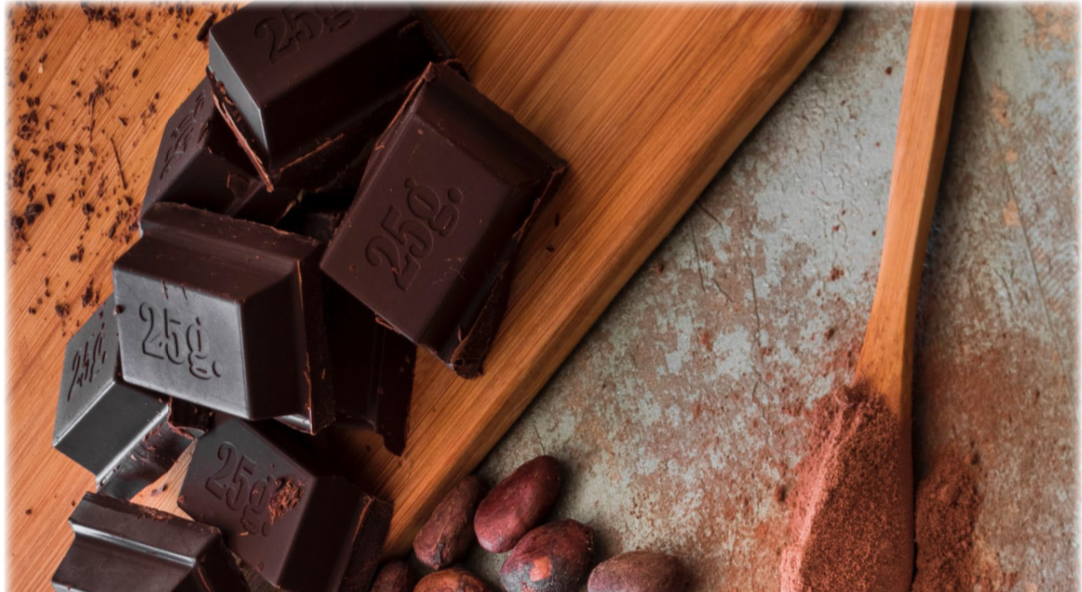