This review of the cocoa market situation focuses on the prices of the May-2020 and Jul-2020 futures contracts listed on ICE Futures Europe (London) and ICE Futures U.S. (New York) during the month of May 2020. It aims to highlight key insights on expected market developments and the effect of the exchange rate on the US-denominated prices of the said contracts.

Figure 1: Prices of the May-2020 and Jul- 2020 futures contracts on the London (ICE Futures Europe) market in US$ per tonne 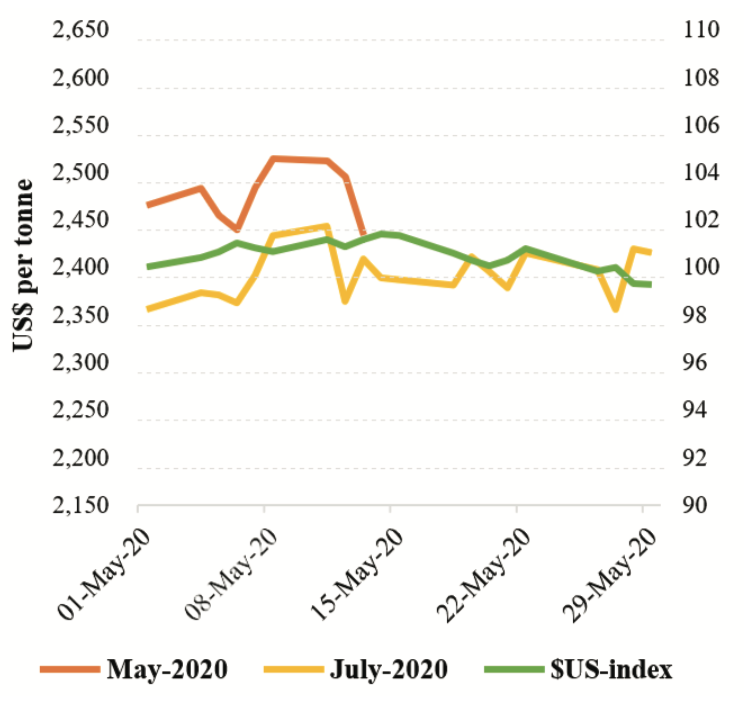 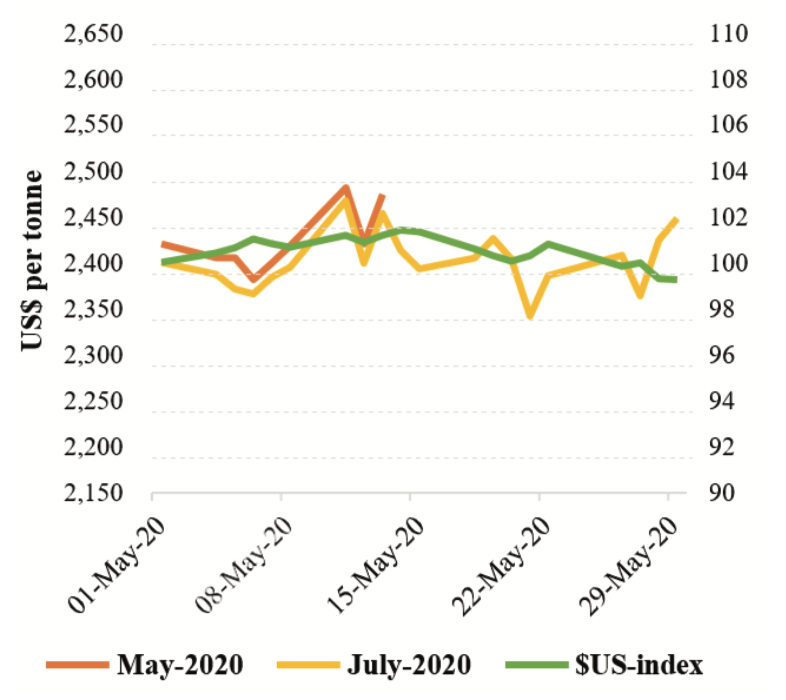 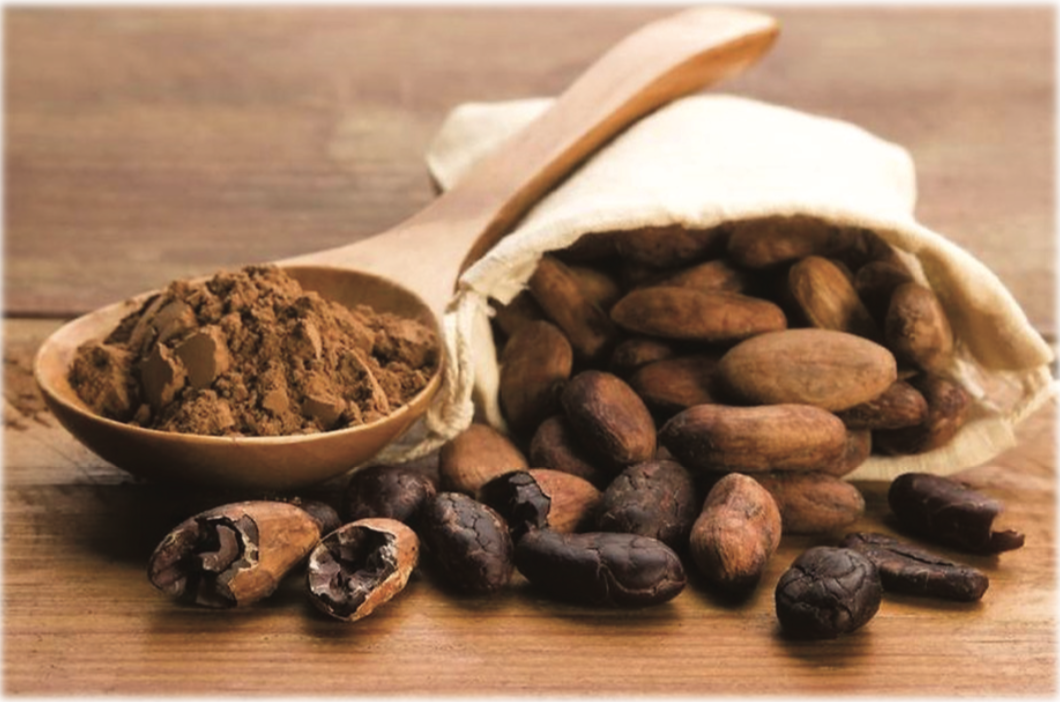 and US$2,481 per tonne (Figure 2). Both futures markets were in backwardation – more pronounced in London – and experienced volatility.

At the expiry of the May-2020 contract on 13 May, the adjustment in the price of the nearby futures contract in London was more abrupt than in New York because of the high premium. Despite uncertainties which stemmed from the plausible burden of the coronavirus pandemic on the global commodity market including cocoa, prices of the first position cocoa contract increased slightly by 1.1% from US$2,388 to US$2,415 per tonne in London and by 1.5% from US$2,413 to US$2,448 per tonne in New York. At the same time, cumulative port arrivals in Côte d’Ivoire decreased year-on-year and the US dollar depreciated by approximately 1%. Hence, the slight improvement seen on cocoa prices was mostly fueled by current movements.

Figure 3: Monthly averages of cocoa butter and powder prices in Europe and in the United States from October 2019 to May 2020 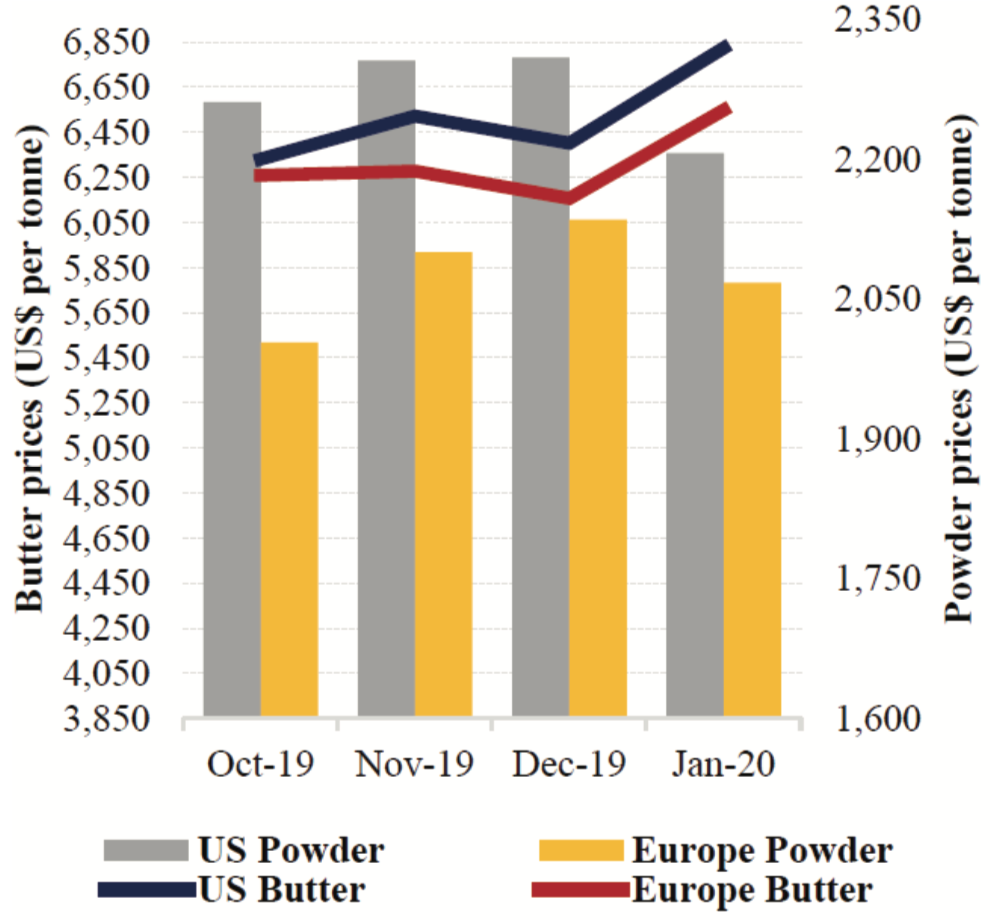 Figure 3 shows that compared with the average prices recorded at the start of the 2019/20 cocoa year, prices for cocoa butter plunged during May in both Europe and the United States, the world’s largest cocoa consuming markets. Indeed, prices for cocoa butter plummeted by 10% from US$6,331 to US$5,727 per tonne in the United States, while in Europe they declined by 8%, moving from US$6,260 to US$5,739 per tonne.