This review of the cocoa market situation focuses on the prices of the nearby futures contracts listed on ICE Futures Europe (London) and ICE Futures U.S. (New York) during the month of January 2020. It aims to highlight key insights on expected market developments and the effect of the exchange rates on the US-denominated prices.

Chart I shows the development of the nearby futures prices on the London and New York markets at the London closing time. Both prices are expressed in US dollars. Chart II depicts the change in the US-denominated ICCO daily price index and the US dollar index in January. By comparing these two developments, one can determine the impact of the US dollar exchange rate on the development of the US dollar denominated ICCO daily price index. Chart III presents monthly average cocoa butter and powder prices in Europe and the United States since the start of the 20/2019 crop year. 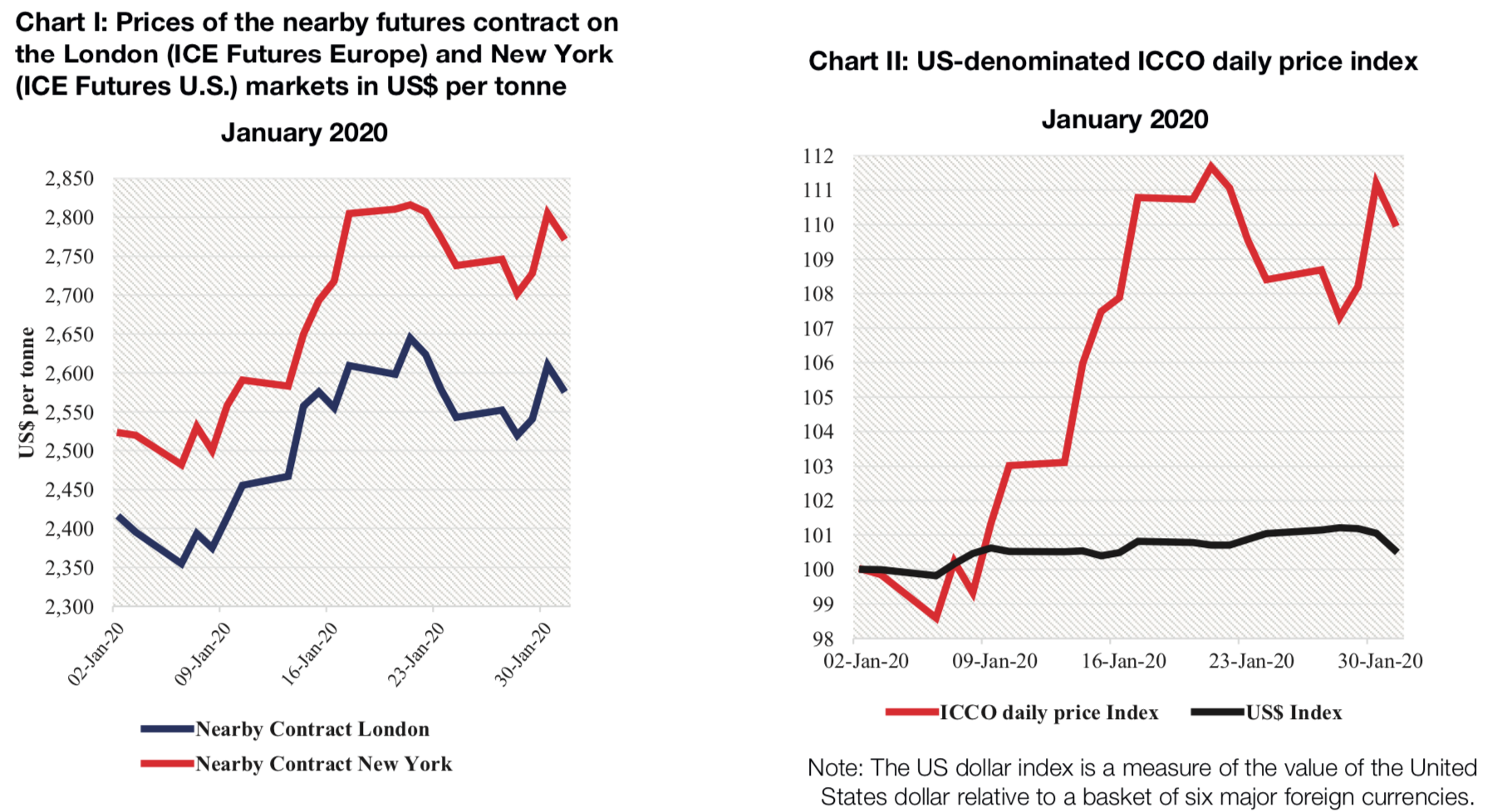 As seen in Chart I, the nearby cocoa futures contracts traded on a strong note on both the London and New York markets during January 2020. This bullish stance was generally a reaction to adverse meteorological conditions that prevailed in West African cocoa growing regions coupled with expectations of higher demand for cocoa in Asia. Consequently, as compared to their settlement values recorded during the first trading session of the month, prices spiked at the end of January by 7% from US$2,413 to US$2,579 per tonne in London and by 10% from US$2,523 to US$2,775 per tonne in New York.

During the first three trading weeks of January 2020, the nearby contract priced stronger on both markets fuelled by concerns of drier growing conditions due to the seasonal Harmattan winds in Côte d’Ivoire and Ghana. In Nigeria, flooding during the development months of the 2019/20 main crop are reported to have caused the spread of black pod disease and pressured down the country’s cocoa production. Over this period, prices increased by 10% from US$2,413 to US$2,645 per tonne and by 12% from US$2,523 to US$2,816 per tonne in London and New York respectively. Next, during the period 22-28 January, prices halted their hike in response to improved weekly supplies recorded by the two-leading producers.

Finally, during the last three trading days of January 2020, prices reverted slightly from their drop and firmed by 2% on both markets lifting from US$2,541 to US$2,579 per tonne in London and from US$2,728 to US$2,775 per tonne in New York. The lack of rain reported in most of the cocoa growing areas in Côte d’Ivoire and Ghana heightened concerns over the future development of the crop. Meanwhile, tighter bean exports were also recorded in Cameroon.

Chart II indicates that, the US dollar index remained virtually flat during the analysis period whilst the ICCO daily price index strengthened by nearly 10% compared to its value at the beginning of January 2020. Hence, the amelioration in cocoa prices was mainly fueled by market fundamentals other than currency movements. 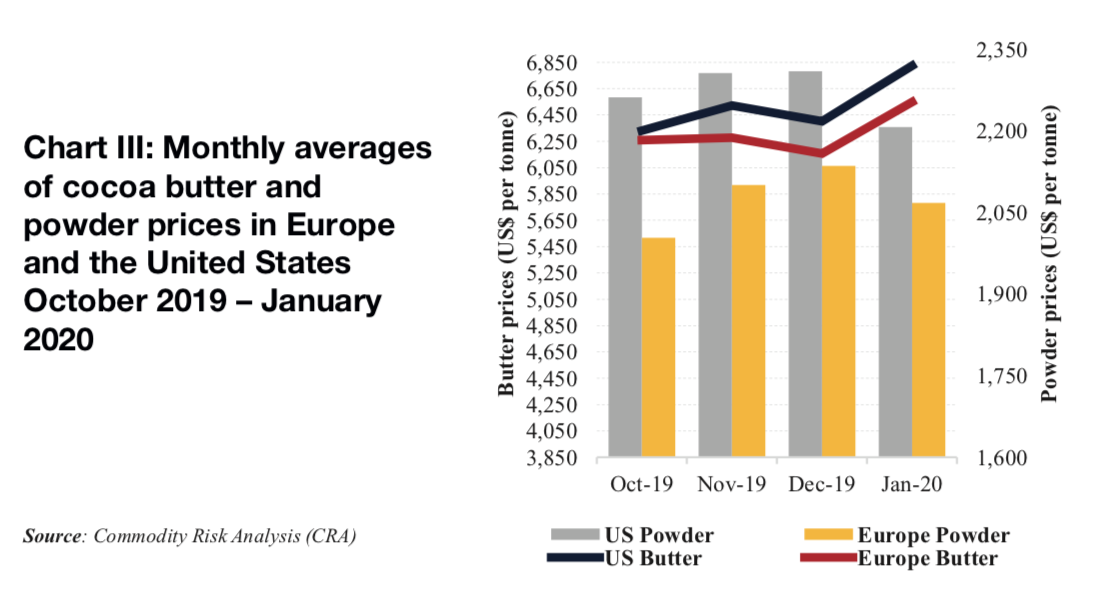 In addition, compared to their average values recorded in October 201 9 the front month cocoa futures contract prices firmed by 4 and 8 in London and New York respectively at the end of January 2020. They spiked considerably from US$2, 423 to US$2, 516 in London, while in New York they soared from US$2, 467 to US$2, 675 per tonne.